Why Android is Preferred Choice for On-demand App Development

There are countless applications in Google Play Store. The phenomenal success of Android is attributed to the high number of people who use devices with this mobile system in the world. This is good news for companies who want to take advantage of this opportunity to expand their opportunities to increase the number of their customers, especially for smartphone and tablet users. Mobile app development is working for most businesses online today.

Numerous dynamic mobile apps came into existence in the year 2020. If we all know these diversified applications are basic necessities for one and we totally rely on it. These applications work as a backbone for android phones. Without mobile app development, android phones are just a normal piece with a screen on it. Apps made phones more edgy, popular and rest is history. A decade is accomplished in the development of smartphones, resulting in the emergence of various unique apps.

The mobile app development available today are made up on the most powerful and dynamic mobile platforms. These apps are user friendly because of the platforms that are available in the market like Android which is the most popular platform in the mobile world. The other common platforms are iOS, Windows, Blackberry, and Symbian. Google is continuously bringing new versions to Android platform to enhance its growth and its popularity shows no signs of receding. However, the Android is preferred by most of the developers.

As an open-source development environment, Android has delighted millions of application developers around the world. With so many people combining their efforts, the number of applications developed has also exploded with many that are free and others offered at affordable prices.

The evolution of the development platform has also opened up new opportunities for companies, application developers and salespeople. Businesses today are turning to mobile app developers to expand their advertising strategies to reach even more consumers. In the end, we end up with a wide range of mobile applications for businesses, games and other programs used for commercial purposes. 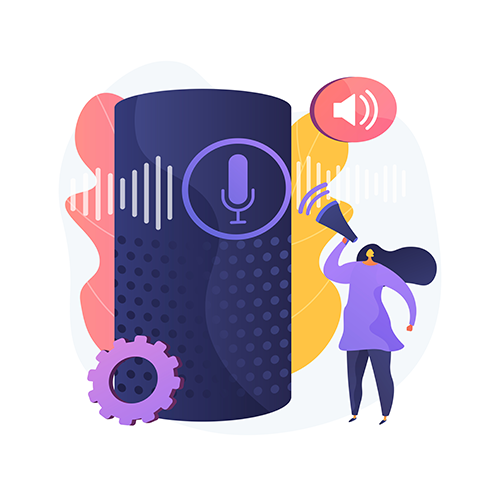 Here is why android is preferred choice for on-demand mobile app development: –

There are two main rivals in the mobile app development world. First is known as Android and the second is recognized as iOS. According to the latest update, it is fixed that Android apps are very well present on google play store. Play store downloads always break the records. As per the record, android has 80 % of the part in the smart marketing world.

It also covers key elements like demographics. As we all are well aware that China is the most populous country in this globe. So, after looking at the conditions we can imagine that the smartphone industry is going to set an example in this business industry. Therefore, android users are increasing day by day and because of which, android phones can have regular tabs on its target audience.

As the Android is an open source, the mobile app development can get a good exposure to the Google principle of freedom and innovation. The Android is considered as the source for creativity, and a platform to get exposed by developing an innovative mobile app in the market. Developers utilize the complete advantages of the Android in improving the quality of mobile app.

Before we decide to build any mobile app, we need to first find out who our target audience is. We have already talked about the two major competitors in the mobile app market; Android and iOS. The statistics and figures have confirmedly proved that Android Apps available in the Google Play Store far exceed than the apps accessible in the Apple iOS Store.

According to a recent report, the total numbers of Android apps are ranging about 2.1 million whereas the number of iOS apps remains around 2 million in the third quarter of 2018.

Secondly, the demography or the geographical region coverage of Android apps around the globe is also higher. The Android apps share large market bases in Asia including countries like China and India, the two most populated nations in the world.

The important aspect about the mobile app development process is that it needs to suffice the requirements of the end users. Therefore, its functionalities keep on changing as new trends keep on arriving.

This further requires the developer to update the app at regular intervals to serve the needs of the customer. So, Android offers better customization in comparison to the iOS.

Since the modification of apps become easier, the app retention percentage also increases.

These ongoing upgrades mean that Android apps are always improving to meet the needs of users. Seen from this perspective, this is a good prospect for marketing specialists to constantly update their advertising strategies through mobile applications.

The Infinity of Possibilities

The vast collection of applications available on Android allows you to develop everything you want. In addition, Android includes features that allow developers to develop them for other platforms such as BlackBerry or iPhone by transforming them into cross-platform applications for use on all mobile devices. Mobile app development is the key to infinite opportunities in the business world. Make an app for your android business if you want to make your business a success.

Why Android is Preferred Choice for On-demand App Development

Android mobile app development is the right choice if you are looking to create an app for your business Make an app on ON AIR App Builder today. Start now!